Despite a scattering of notable victories by women of color prosecutors in cities like Baltimore, Chicago, and Boston, elected prosecutors are 95% white, a data point that hasn’t shifted for half a decade. Yet change is possible. When diverse challengers run against the mostly white and male incumbent prosecutors, they are favored by voters. For criminal justice reform to truly take hold, more women and people of color must be voted in.

This report examines the demographics of elected prosecutors, and charts the course for change:

“For the few black women prosecutors, hate and ‘misogynoir’ are part of life.” ABC News

Elected prosecutors have historically and overwhelmingly been White (95 percent) and male (80 percent). They still are, but since 2015, women of color have been chipping away at this hierarchy, with nearly 50 percent more of them stepping into prosecutorial positions in just five years, according to a new study from the Reflective Democracy Campaign.

Reviewing voter files and other publicly accessible data, we tracked over 2,800 elected state and county-level prosecutors (known in some localities as Assistant District Attorneys) and over 1,300 candidates for prosecutor across the nation. Graphic
Elected prosecutors over half a decade 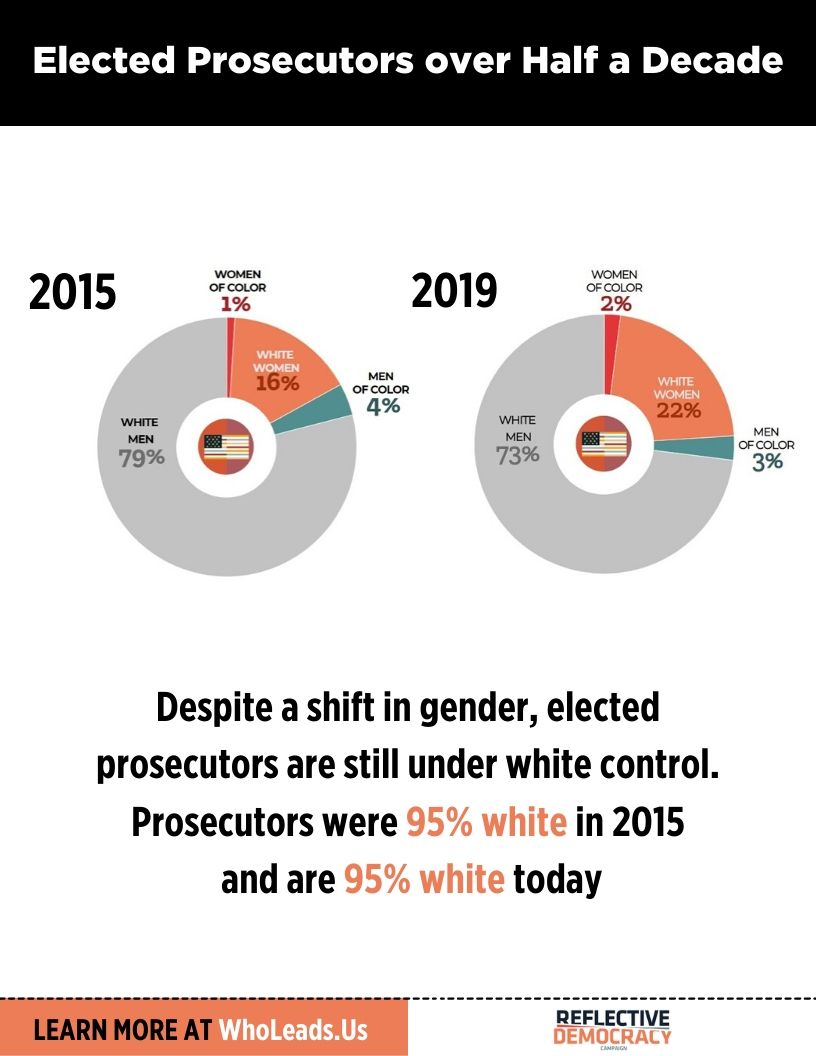